Unlike a traditional Virtual Tour of Panoshperes – where you get to to choose how you wish to navigate through a space, where you look, and what you want to zoom into…   a 360° Video is really a standard video where you get to look around wherever you like.  You don’t get to choose where you go, or what you do, but you can look around 360° – up , down, left right, behind, and ahead. 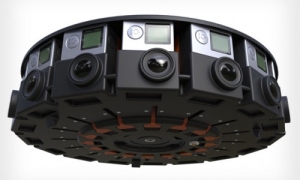 Although 360° Video has been around for quite a few years, it is only since 2015 that it has started to become a bit more mainstream, with 360° Video support from YouTube introduced from March 2015 and on Facebook from September 2015.  Prior to that specialist players were required. 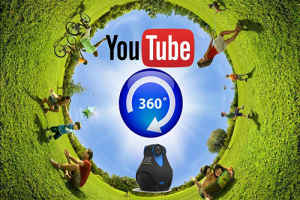 Traditionally creating 360° Videos required complicated (and expensive) multi camera rigs, and processing and editing required lost of time and effort on high end PCs with plenty of processing power… and even then most of the videos generated were of pretty ordinary quality.

Since early 2015 though there has been a lot more awareness and support for 360° Video, with more and more “consumer” devices becoming available at reasonable prices, with steadily improving quality.  It is still a reasonably specialist field though… most of the best 360° Video examples you may have seen have been shot under ideal circumstances, and there are still many many really BAD quality examples of 360° Video.

In creating high quality 360° Videos, great care must be taken with planning shoots, anticipating lighting conditions, and processing and publishing the footage.

360° Video is not necessarily the best technology to showcase anything.  It tends to work best for high action situations where there is a lot going on. 360° Videos tend to be relatively short, but you can often watch them over and over again, looking at different things each time, sometimes without even realising that it is the same sequence repeated. 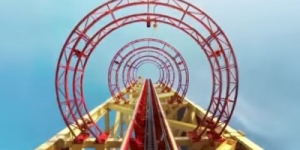 The types of areas that 360° Video have been most successful with so far have been areas such as Action Sports (Motor Racing, Skydiving, Skiing..), Events and Festivals with lots to take in, Fun Activities (Rollercoasters, Waterslides, etc..) which allow you to experience the “thrill” without having to actually be there, and have also been used very effectively for Real Estate to showcase Houses and Apartments.

If you’d like to discuss how 360° Video could be used
for promoting your business, please Contact Us