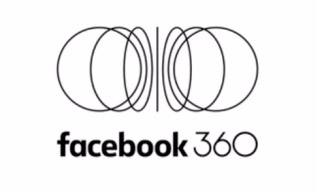 Facebook has been providing support for 369° Video since late last year, but up until a couple of days ago, the only options for displaying individual 360° Photos (aka Panospheres or Photospheres) was either via Google Maps or by embedding a special player on a website.

As of 9 June 2016 however (when Facebook announced support for 360 photos and panoramas),  anyone with a 360-degree camera can now upload the image to Facebook where they will automatically ‘convert it to an immersive 360 photo that people can explore’ on either a smartphone or on their desktop.

Once uploaded, a compass icon on the right-hand side of the photo will appear, indicating to people viewing your news feed that some interaction is available – at which point, they can tap and drag to move the image around, or even just move their phone around using the accelerometer.

At the moment there still seem to be some teething issues as not all uploaded 360 photos seem to be displaying correctly… This may be be because Facebook is mot yet recognising 360 photos from some devices, or (according to Eric Cheng, Head of Immersive Imaging, Facebook) “Authorship could still be rolling out” – which I guess means that not all users currently have the 360 upload capability.

Incidentally, Eric has published an extremely good article entitled Editing 360 Photos & Injecting Metadata which provides an excellent explanation about what Facebook is looking for to determine 360° Photos.

If you’d like to discuss how we can help you
to use 360° Photo/Video and Virtual Tour technology
to promote your business, please call Andy on 0403 023 223 or Contact Us.

The Author has not yet added any info about himself